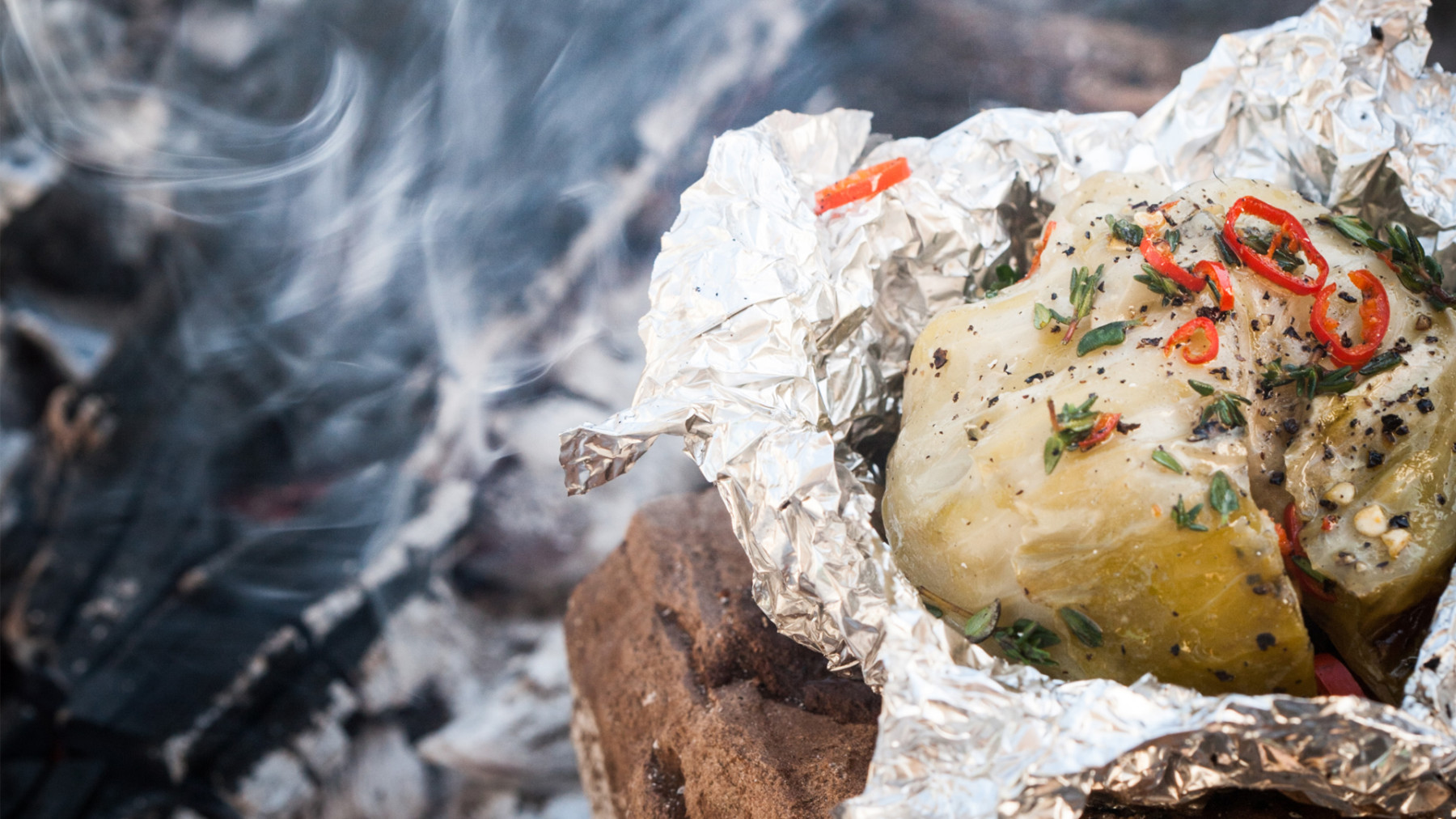 We’ve all done it: opened our cooler boxes a couple of days into a camping trip, only to be greeted by vegetables with scary growths and distorted faces. That’s why I love this recipe – it takes a really long time for a cabbage to grow a face. Unfortunately, cabbage has a bad reputation because of its pungent smell once cooked, but with the garlic you’re adding you probably won’t even notice.  Also, waaay back when in the time of ancient Egypt, Pharaohs were convinced that eating loads of cabbage helped to keep them sober for longer and allowed for a heavy night of partying in the pyramids. And what’s a braai without a kuier?

The Which Way Braai Chicks call this their  ‘tasty, sexy solution’ to cooking a cabbage: The Garlic Bomb.

Take a sharp knife then slice the cabbage down the middle from the top to the core without cutting right through it. Repeat this a couple of times until you have nice chunky wedges still attached to the core. It will look like a flower bud from the top.

Crush and finely chop up the garlic then mush it into the butter and salt using a fork. Take a knife and spread the garlic butter in between the cabbage wedges.

Next, wrap the cabbage in a couple of layers of tin foil – enough so it won’t puncture when cooking. To remember which side is up, either make a mental note or turn roll up the edges of the last sheet of foil.

Place the disco ball (cabbage parcel) directly onto the coals and let it cook for between 45 minutes to an hour, turning it every 20 minutes or so. Never ever open it while it’s cooking. You’ll know it’s done when you feel a mushy consistency through the foil.

Once cooked, remove it from the coals. When you open it you will be rewarded with a beautifully caramelised garlic bomb that will attract anyone within smelling distance.