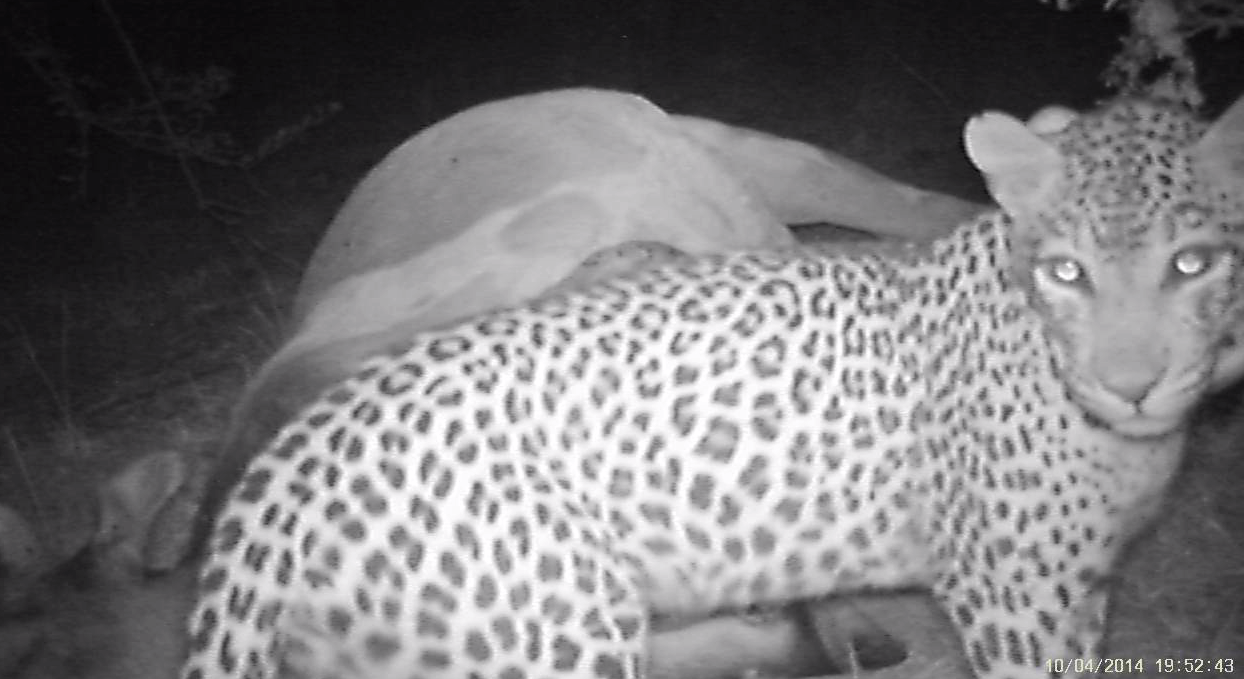 My mission into the Baviaanskloof last week really put this whole idea of filming leopards into perspective for me. We spent hours on the ground, trekking by foot into the wilderness and even went up in a plane to try and get a signal – all to no avail. The one thing that stood out more than anything was how elusive these creatures are. I knew that they they were difficult to find, but I had no idea that it would be this difficult! Luckily this is the 21st century and I had some tricks up my sleeve for a situation just like this!

Camera traps have been around for a while and although they’re not really my field of expertise, my crew and I are quickly learning the ins and outs of this new approach to filming. We took up five camera traps to try and get some footage of these cats – and it worked – although  we didn’t always get the leopard, we were able to get footage of a huge variety of animals in the Baviaanskloof which bears testament to the huge wealth of biodiversity in the region. Everything from donkeys, to porcupine, to monkeys; but the cherry on top was of course Felicity!

I’ve always considered ourselves as a lucky crew and this last trip was no exception. While we were walking around for hours trying to get a signal on Felicity with the telemetry antenna, Sunel – my Director of Photography – spotted something with her eagle eyes. We went over to investigate and lo and behold, we found a carcass!

It was a very fresh cow carcass – probably only a day old in the area that the GPS collar indicated Felicity had been. It sounds like great news, but our first reaction was of great concern, because if Felicity was responsible for this kill, it could fuel the conflict between her and the farmers. We investigated the carcass for any evidence of a kill and informed the farm owner, Piet Kruger, immediately. There were no signs of a kill and he deduced that it was a natural death from a tick bite.

This is another great advantage of the satellite collar, because the GPS coordinates can prove that Felicity was not present at the time that the cow died. Feeling relieved that the situation wouldn’t be a catalyst for further conflict, we decided to rig all the camera traps that we had at this sight. This was a blessing in disguise in many ways for us, because after the four days spent searching for these cats, I realized that getting footage would be nearly impossible, but this carcass offered us the best opportunity for getting a shot of her – after all who would turn down a free meal in this day and age?!

We left the cameras there and went to check them out the next morning to discover that we had got the shot! Check it out:

Now, we’re still finding our feet when it comes to these camera traps, and I’m not completely happy with the quality of this video. It is amazing footage, but I need to get better visuals on this cat and an opportunity like this might never come again. So I’ve met up with a guy called Jeremy Bolton from BushCam Safaris who has some new cameras to test over the weekend. Although I would love nothing more to go back into the Baviaanskloof, I’m heading up on a reccie for the fourth Season of the Ultimate Braai Master, so Shaun is going back to rig the new cameras and check on the old ones to see if there is any footage of Felicity. I’m really excited to see what we got and to see what these new cameras will give us.

Keep your eyes on this spot for what that footage will look like!

← Back from the Baviaanskloof
Felicity’s New Boyfriend →