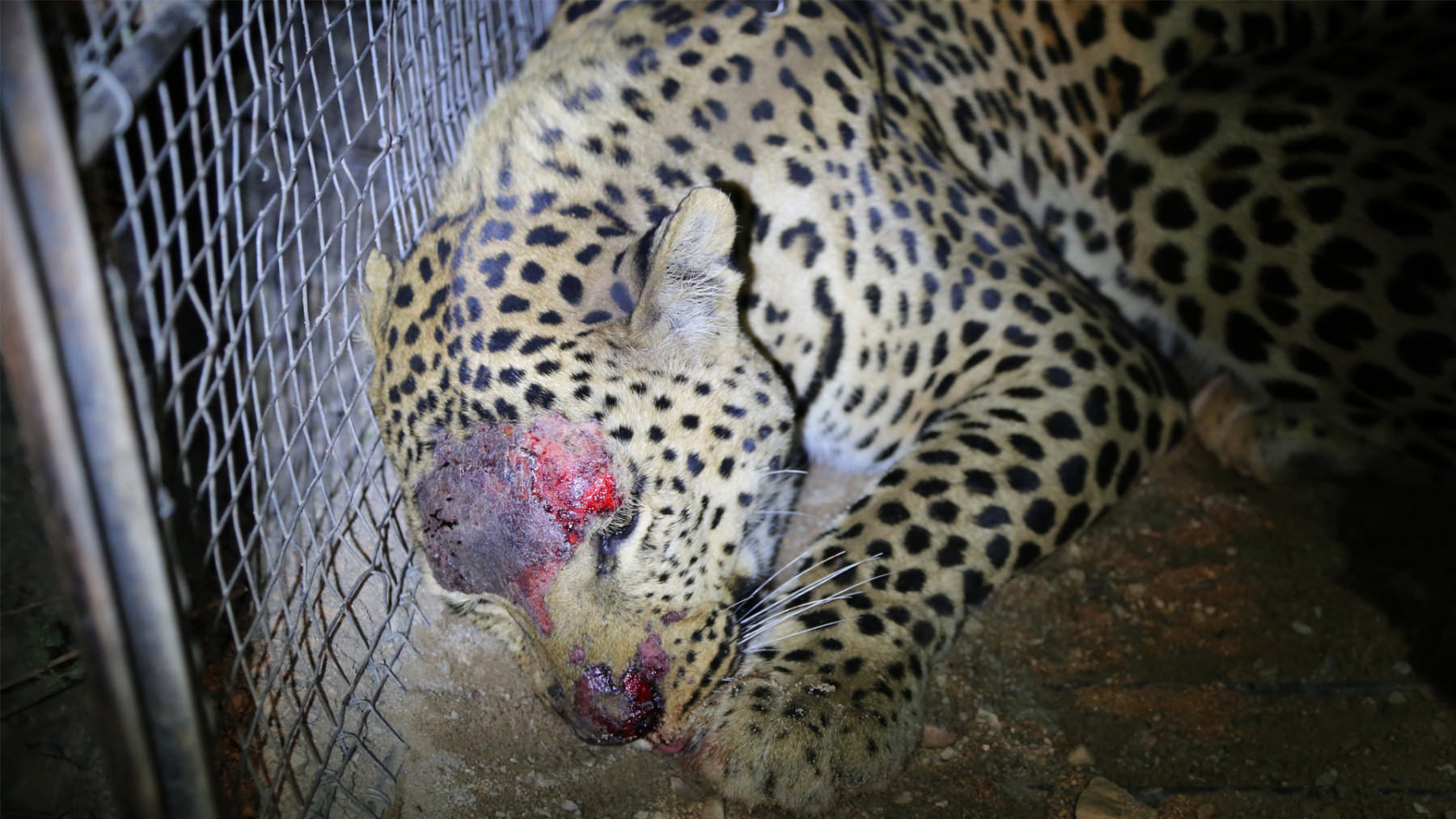 So you heard about my new girlfriend, Felicity. Being involved in recovering her from the cage and releasing her back into the wild was on of the most heart-warming and humbling experiences that I have ever had in my life, but that wasn’t all that happened that day. Having released Felicity and made sure that everything was sorted, we were absolutely ravenous, so we stopped over at a restaurant in Willowmore for a bite to eat. Moments later, we received a call that another leopard had been caught; a male. This is Scarface. 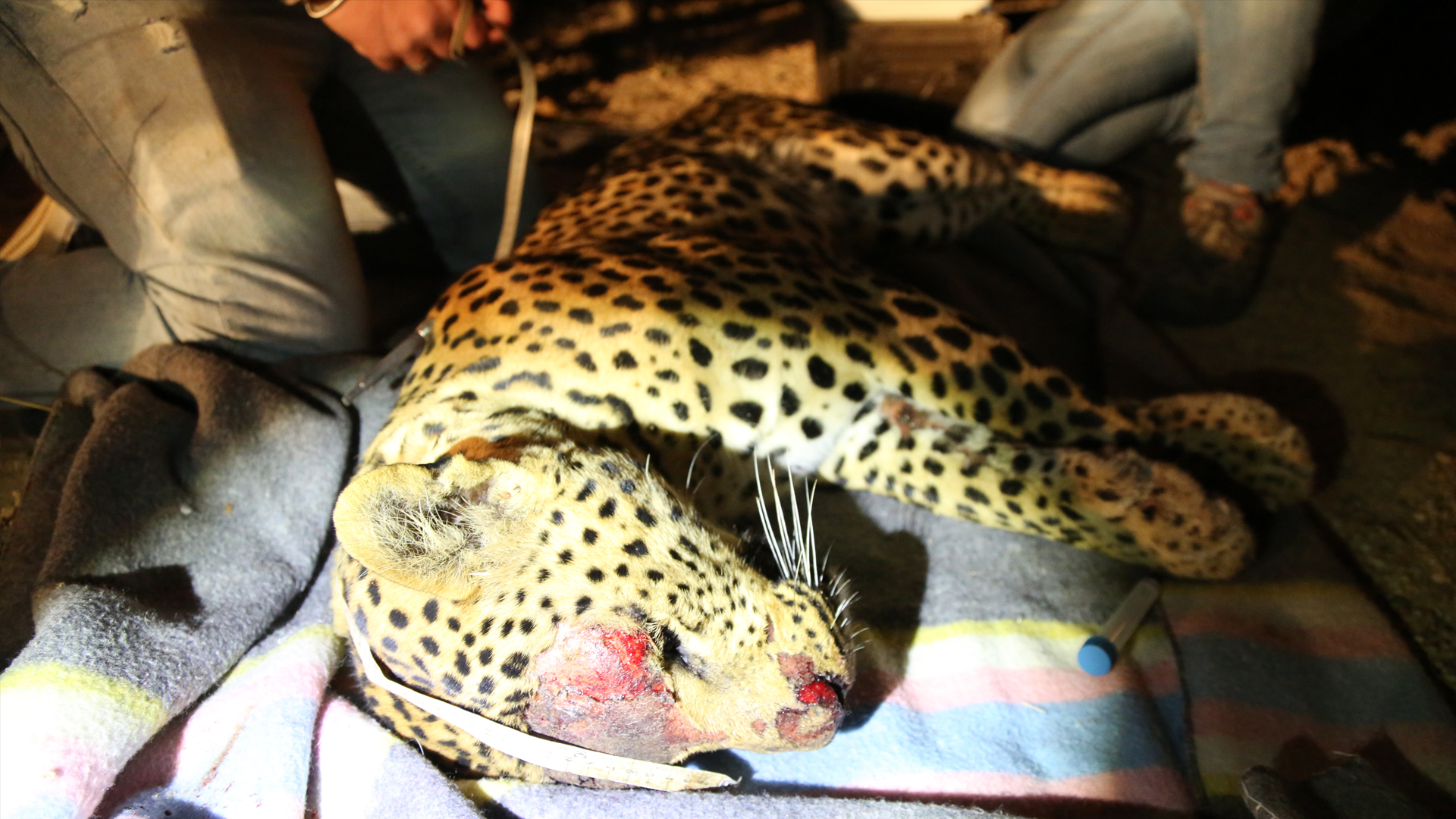 He’s most probably the dominant male in the region, but unfortunately his story is harsher than that of Felicity’s. He weighs 38kg and had been stuck in the cage for four days. Don’t be too alarmed by the scars on his face – they are largely superficial, although the hair in those areas will never grow back. Understand that these are wild animals, and when you put them in a cage they become obsessed with getting out. The only way that they are able to try and escape is to use their head to try  and push their way out – and this is what happens after four days of attempting to break free. One of the biggest dangers to a leopard that is trapped like this is the damage to their claws and teeth as they bite and claw at the metal cage. 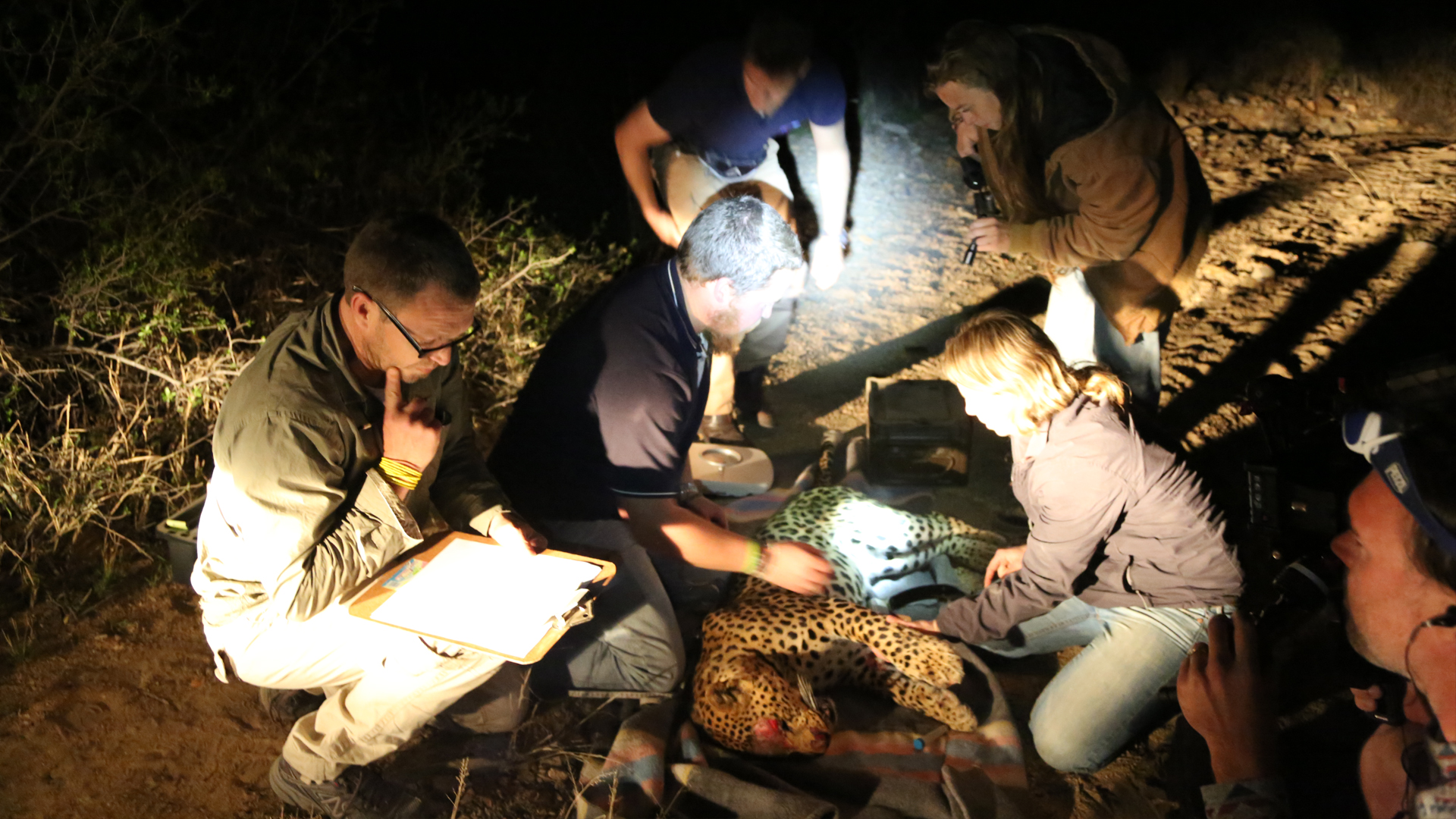 Another danger is dehydration. Leopards will not drink water when they are trapped and when you consider that Scarface had been in the cage for four days, dehydration is a very real threat to his survival. We put him on a drip and did the relevant measurements and data capturing before collaring him as well – his teeth were 4cm long! We did everything that we could for him, placed him in a safe spot and then began the waiting game – he took a while, but eventually came around at about 02:00am. It was a very long and unexpected day and I wouldn’t have changed it for the world. I hope that scarface will go on to recover and live a long trap-free life, but there’s no guarantee to that unless we change the way that we consider conservation and livestock protection. It’s sad, but it’s the reality of the situation unfortunately. We’ll be keeping a close eye on him, so watch this space for all the updates.