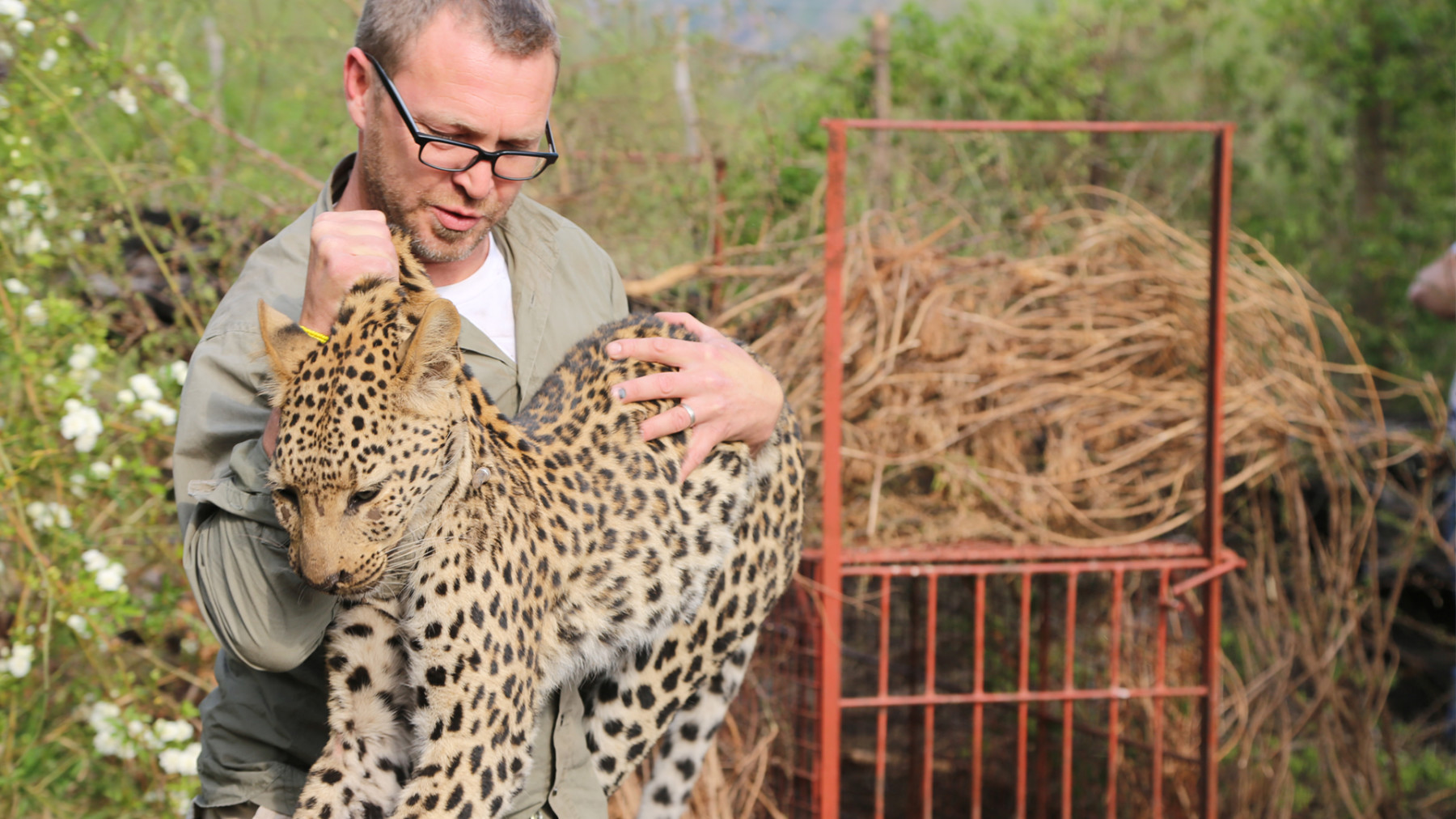 Don’t tell my wife, but I’ve fallen in love again. This is my new girlfriend and her name is Felicity.

I was woken up in the early hours of Sunday morning (14th of September 2014) by a call from Dr Bool Smuts telling me that a leopard had been captured on a farm in Baviaanskloof. For those of you who don’t know, I’m working on a new project called Leopard – it’s a working title for now as it’s a my latest project – and I asked Bool to put me on his list of people to call if he hears about a leopard capture so that I can start putting the project together. Unfortunately in terms of logistics, there’s no way to plan the series of events that will ultimately form the content for my new project, so it was a bit of a frenzy, but I got in my car and raced to meet up with Bool and his team from the Landmark Foundation. We flew up to Oudtshoorn to make it to the farm where the Leopard was caught. She was wild in the cage and had to be sedated so that we could help her. 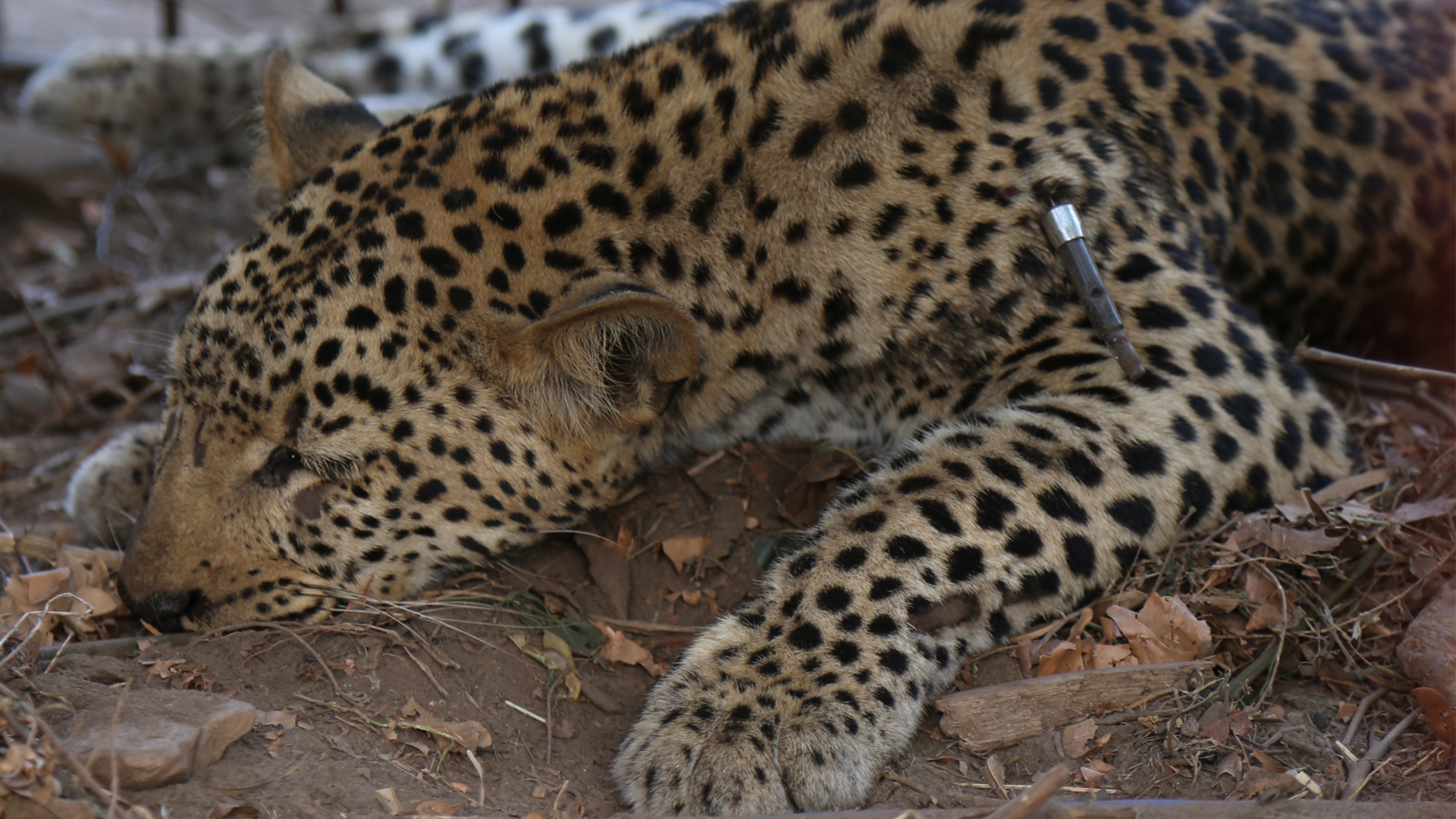 “In the 30 seconds it took to retrieve her from the cage, I truly became a conservationist.”

I’ve always thought of myself as a conservationist, but maybe you actually need an experience like this to really become one. Holding this beautiful creature in my arms changed my idea of what it means to be a conservationist. She weighs 27kg and is in the prime of her life, having already given birth to a litter of cubs. She was treated, all the necessary measurements and data was recorded and we fitted her with a GPS tracking collar so that the team can learn more about these elusive creatures’ movements and behaviors.

Once everything was sorted, we took to a shaded area under a tree and gave her the antidote to the tranquilizer. Then it’s a matter of waiting for her to come around and make sure she gets off safely. The entire process was finished by 2 o’ clock in the afternoon. It feels a bit strange posing with her like this. It’s like the typical trophy hunter photograph, but it feels so good to do something good – hence the smiles on our faces – and I’m so proud that we’re posing with cameras and not guns, having given her a new chance at life rather than taking it from her. 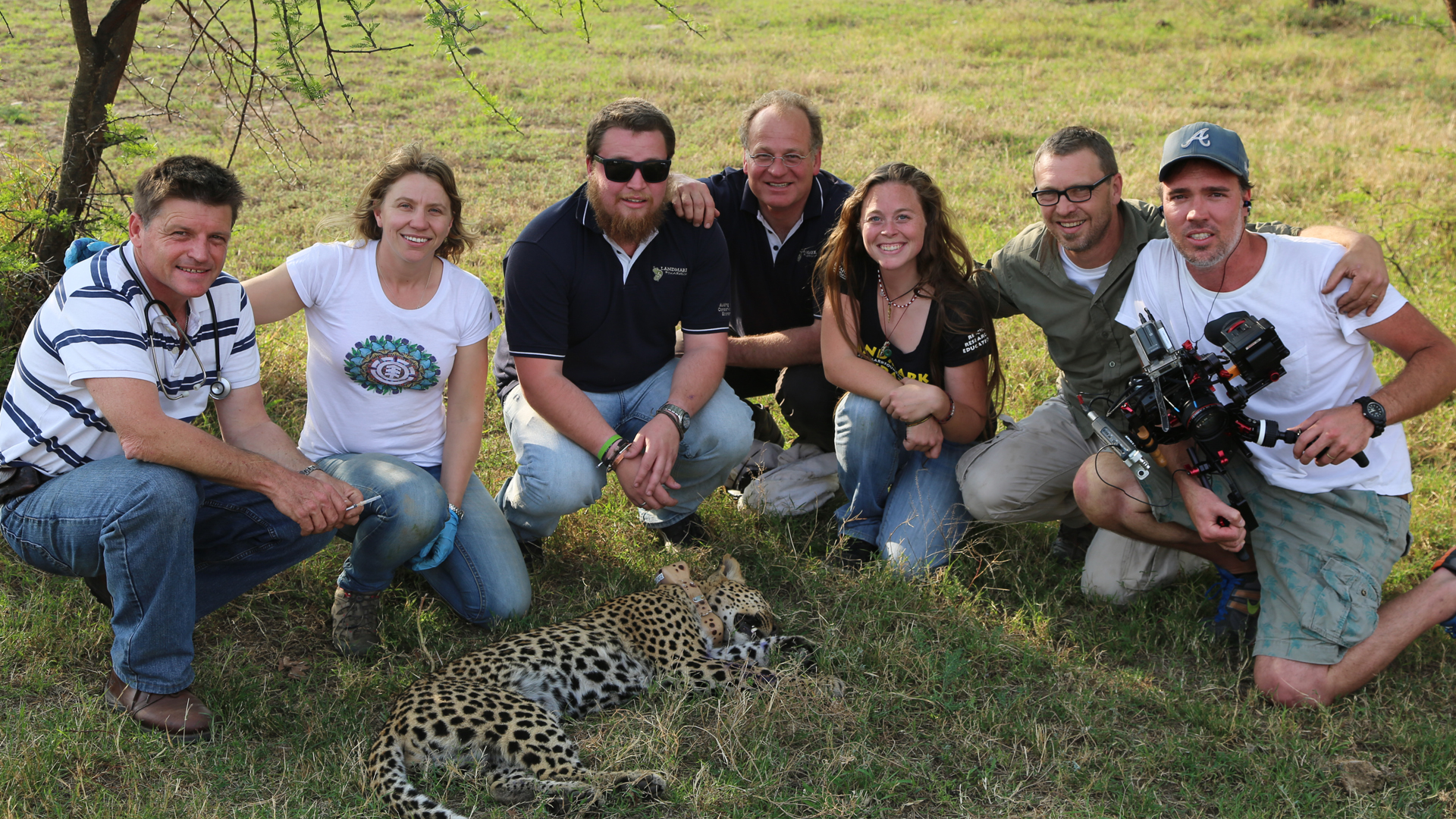 I’ve been waiting for this moment for such a long time to get the ball rolling on this new project of mine and now it’s finally happened. I look forward to doing it again and keeping you all in the loop with all the developments and updates regarding my new girlfriend, so watch this space because there’s no stopping now. Ah…young love.

…and so my leopard project begins…