Posted on September 9, 2015 by Justin Bonello 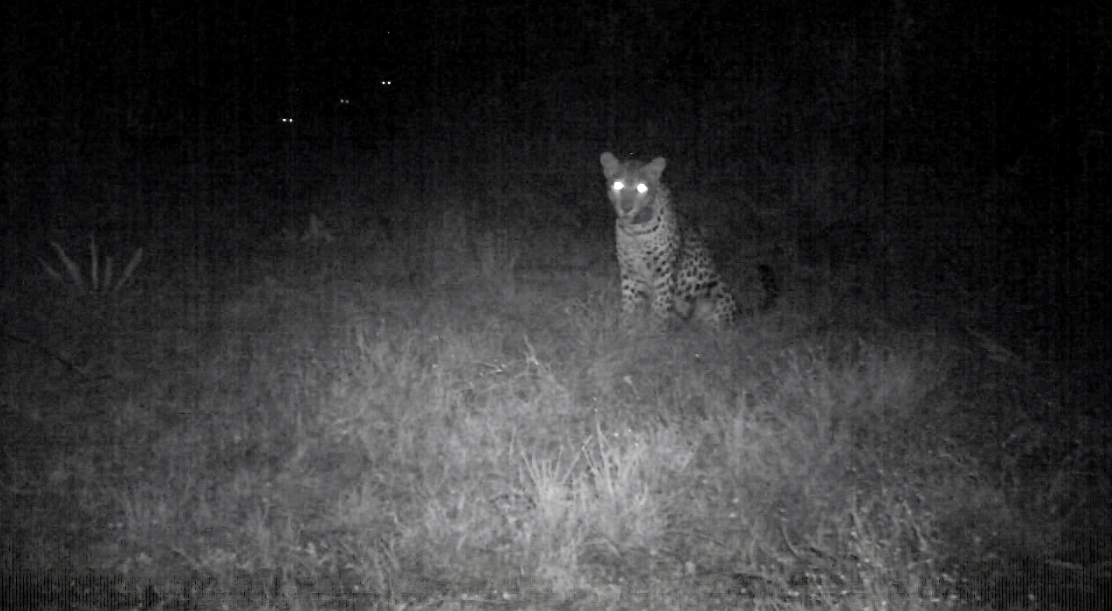 That’s Felicity that you can see in the middle of the image,

It’s been a while since I’ve posted an update on the ongoing leopard saga, but there have been some amazing developments. My last post was about Felicity and her newborn cubs – but this was all based on accounts from other people and, however hopeful, we hadn’t seen any physical evidence ourselves. Beyond that, their survival in an area of ongoing conflict remained tenuous.

Our camera traps in the Baviaanskloof have been kept under the watchful eye of Pieter Kruger on his farm Zandvlakte and he has been moving them around and checking the footage, so we knew that when we went up to see the footage for ourselves that there was bound to be some good stuff…but we could never have imagined that we would be this lucky. 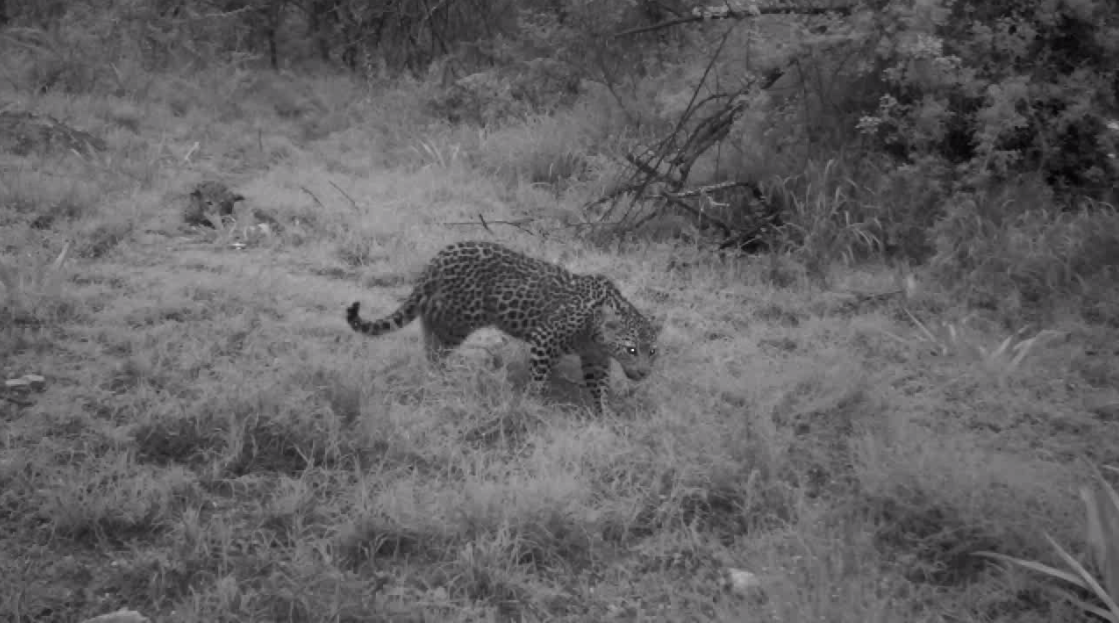 These are Felicity’s two cubs – and they’re looking really good and rather large for seven months old – you can see the one is preparing to surprise attack his brother – we suspect that they’re both males. They were born on the 26th of December and have just celebrated their 7 month birthday which is a really promising sign for the future of these elusive animals, although we’re not out of the woods yet and there are still very serious and complex issues that threaten their survival, but at least for now, there are two more leopards that join the estimated 350 that remain in the Cape Fold Mountain Belt…352.

What’s really interesting about this sequence of videos is that the male leopard – Felicity’s new boyfriend, seems to mark the spot right in front of the camera – lucky us, because now we have this amazing footage of both her cubs playing on that spot. It’s a fascinating opportunity to peer through a window into their world and their interactions as a family. Normally, one wouldn’t expect to see the father remain so close to the mother and cubs – especially so long after their birth. Once again, a huge thank you to the Landmark Foundation to bringing us into this world!

We have a mountain of footage to sort through, so keep your eyes on this space for more updates from the Baviaanskloof and the ongoing Leopard saga, but for now, there is some optimism surrounding the story and two healthy young cubs in the Kloof…I wonder what we should unofficially name them?